‘In a Heartbeat’ by Beth David & Esteban Bravo

2017 was quite an interesting year in my life after publicly accepting who I was and coming out officially on New Years Day. That step helped me get out of the cocoon I was trapped in for many years and taught me to be more open to people, opportunities and life; it’s what led me to joining the Scottish Gaymers group in Glasgow, going to the Prides, emphathising with gay Christians like myself and trying to discover how to truly live my life through Christ and what eventually led to me meeting Nathan who I love dearly and been with for 8 months now.

It also helped me be more open to LGBT film and TV such as Pride, Prayers for Bobby, 4th Man Out, Looking, and more recently Call Me By Your Name. But one film which released last year that caught my attention was “In a Heartbeat“; a beautiful, heartfelt short film produced at Ringling College of Art and Design by Beth David and Esteban Bravo. It is about a closeted boy who runs the risk of being outed by his own heart after it pops out of his chest to chase down the boy of his dreams.

When Bravo and David started work on the film in January 2016, it wasn’t a gay romance. David told Guardian:

“A friend of ours was pitching ideas to us for potential projects. It was her idea to show a person with their heart popping out of their chest, chasing down a crush. But initially it was about a boy and a girl. It wasn’t until Esteban and I decided to switch it to a same-sex crush that the film started to feel like a personal story that we were invested in. It was the kind of story we wish we had seen as kids.”

It was an instant success after getting over 15 million views in its first week, won quite a many awards and received wide praise on various platforms. Unfortunately it was shortlisted but not nominated in the recent 90th Academy Awards for Best Animated Short Film, but was still immesly popular (currently at over 35 million views on YouTube). Hollywood is evolving, admittedly slowly, to incorportating LGBT in mainstream films (Le Fou in last year’s “Beauty and the Beast” and the upcoming “Love, Simon” are recent examples of its growth) but this short film goes to show that the public are ready for Hollywood to keep moving forward.

You can watch In a Heartbeat on YouTube below. It’s visually stunning, the animation is tremendous, that heart is so cute, the music make tearjerk with happiness and even although there isn’t any dialogue, it shouts out the moral to follow your heart. It’s the kind of film I wish I had seen in my teens as would probably have gave me the confidence to accept who I am. Definitely worth a watch on big screen. 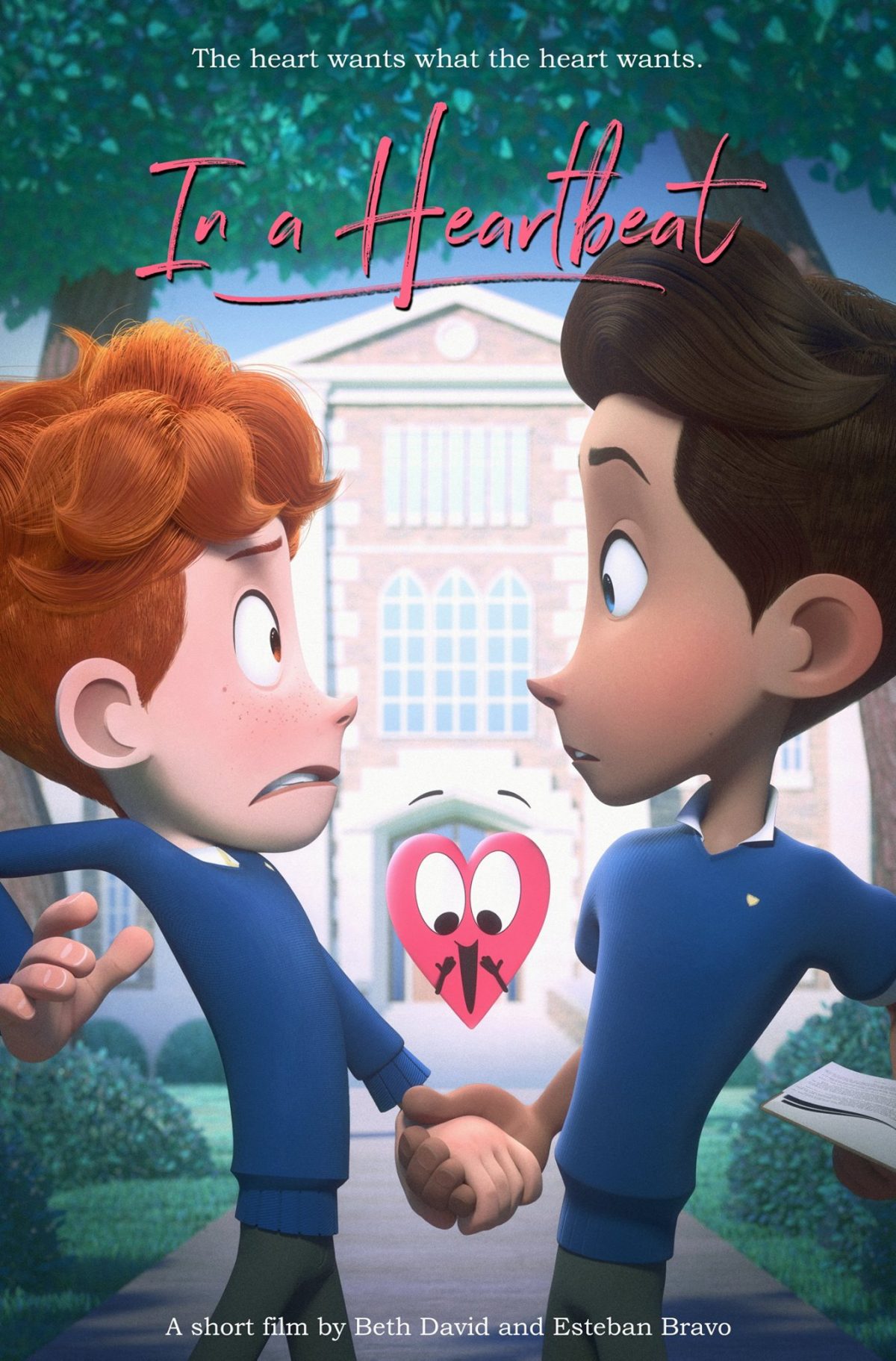