For the launch night of Charming Potpourri Productions, Anthony Chalmers asked me to design an A3 poster as well as social media banners in order to promote it.

Join us for the launch of Charming Potpourri Productions, the new GFC associated film company from Anthony Chalmers!

£3 entry on the door, free for cast & crew. All proceeds will go toward festival submissions and/or future projects.

“Entanglement” –
A short film produced for a competition for films based on a quantum theory. Two socially anxious women become strangely connected without their knowledge.
Starring Katrina Campbell & Vanessa-May Dolphin

“Tide & Time” –
A man believes that 10 seconds of his day exist without consequence. However, as they say, Tide & Time waits for no man.
Starring Karl J Claridge

The films will be folowed by a short Q & A. 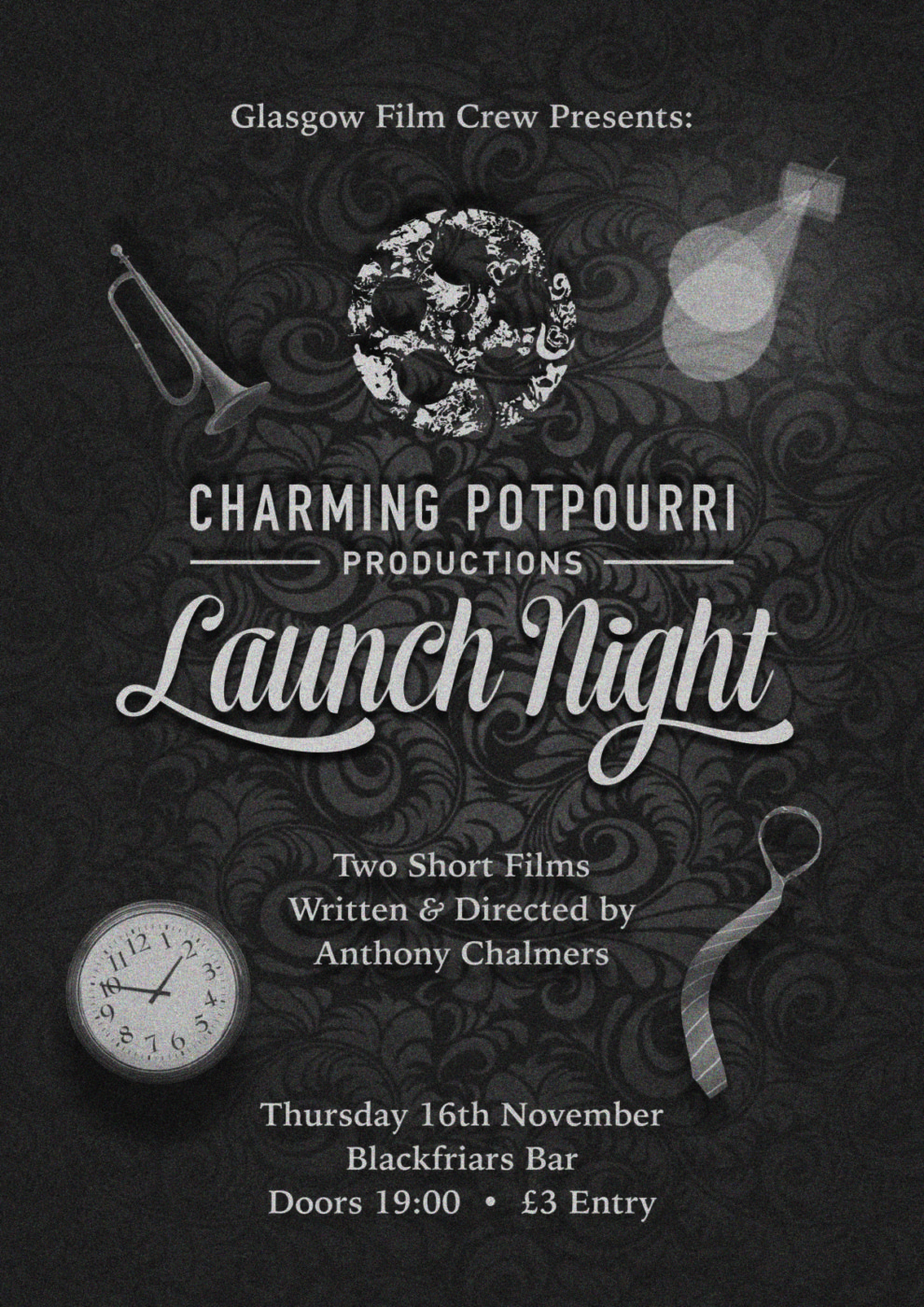