Children of Men / The Last of Us Review

Welcome back to another one of my film reviews. It wasn’t that long ago since my last review, but that’s what happens when you’re doing a BA course and you procrastinate! Anyway hope you like the review and remember as per usual there will be spoilers for this film but also this time for a video game! 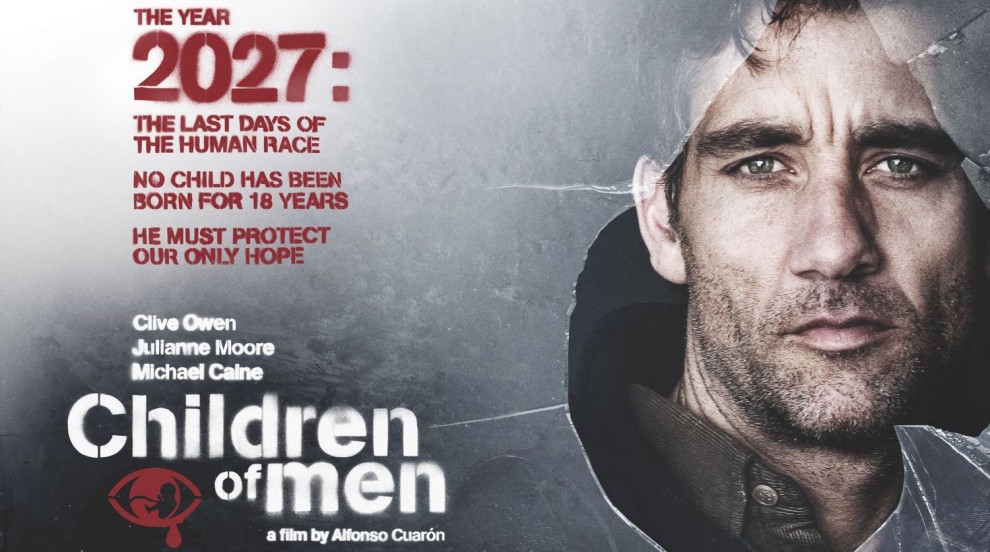 Press Start! CHILDREN OF MEN! It is the distant future: the year 2027. The world is quite different ever since infertility has spread completely all across the Earth. An old man named Theo is entrusted with a young girl called Kee, and is told to escort her across the country to the Human Project operation because Kee has the solution that could save the human race. Does the story sound familiar? Swap Theo for Joel, Kee for Ellie and Human Project for Fireflies and you have one of the most popular, bestselling video games of all time. In the film’s story though, Kee is the first woman in years to be pregnant and Theo needs to keep Kee and her child safe from the chaotic society that surrounds them. So no Infected, Clickers, or the z-word!

My friend and I went to the Glasgow Centre of Contemporary Arts (CCA) Cinema this time. This film was a two part event during the Glasgow Film Festival; the first part was entitled “Children of Film” where Robert Florence (Burniston) and Chris Scullion (Official Nintendo Magazine) talked about how video games are becoming more cinematic, mainly focusing on the Last of Us game’s connection to Children of Men. And the second part was obviously watching the film. The CCA cinema was very similar to the HAC theatre – quite a small room and projector screen. The sound was ok, but louder than the HAC; loud enough to make me jump at gun shots (poor Michael Caine!). We sat at the back corner next to an open fire exit to get a bit of a breeze since it was roasting during the talk, but the light was a little distracting and there was also a rare Pics Prick: noisy employees talking behind that door! The audience were like merkats turning their heads at the same time when the employees made a sound, so it was quite distracting!

Alfonso Cuarón directed this film; he also directed Gravity (which I adored especially when seeing it at the Glasgow Science Centre IMAX), Harry Potter and the Prisoner of Azkaban (my favourite out of the HP films), and produced Pan’s Labyrinth, which I thought was amazing too, so I was expecting this film to be just as brilliant. Cuarón uses handheld, point of view (POV) shots from behind Theo that reacted and turned whenever he did to emphasise his nerves through the battlegrounds. They are very similar shots to war films like Saving Private Ryan (that help increase the tension of a scene), but these shots also share a link to the Last of Us, and the views behind Joel when you are controlling where he goes. Another similarity, with storyline and camera angles, is a third of the way into the film with the car scene where POV shots are used again showing the riots outside the car and Theo’s ex, Julian (who he falls in love with again) killed; similar to the car scene and the emotional death of Sarah (Joel’s daughter) in the Last of Us. There was also a ‘giraffe’ moment in Children of Men – when Theo and Kee are slowly walking out of the building with the crying baby, the civilians are singing, and the soldiers cease fire to look in awe at the baby. Through all the chaos of the current society, everything comes to a halt and is quiet with the only sound being the cries of the baby bringing out peace in the soldiers. It was a beautiful scene, but inevitably the moment didn’t last long when the fighting continued. As soon as Theo dies the film ends, almost like we are still going through his point of view, and when it goes to black for the credits there is the sounds of children laughing. It can only be assumed that the ‘Human Project’ saved Kee, but can also be viewed as Theo’s dying wish; that his world would be repopulated with children. Anyway it’s quite similar to Gravity’s ending; the task and journey are done and there’s no more to elaborate on, so I think it was a great ending because the audience are left to speculate on what happened next. 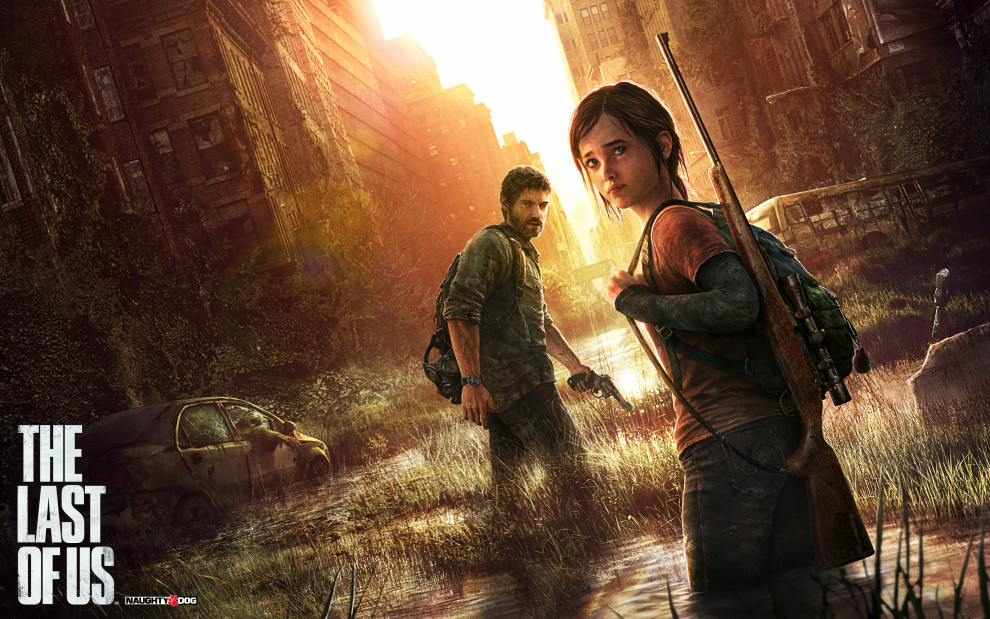 As I said beforehand Robert Florence and Chris Scullion talked to us about the link between films and video games especially with games like the Last of Us or Alien: Isolation. During the talk they said first off that the Last of Us is a great game, but then went on to whinge about the small details of it. Their opinion was that the gameplay and storyline were separated too much and players lost involvement with the story because you were focusing too much on the gameplay like finding ladders and placing them. Even though the ladders can be a bit annoying at times, my friend and I completely disagree! If anything this is one of the few games that have successfully managed to merge the two!! There is a moment in the game where you are about to do the typical move of boosting Ellie onto a ledge and she doesn’t appear because she is too busy thinking of the traumatising events prior. Another example is making the equipment to defend yourself – you can’t pause the game to make new items, so if you’re in trouble and need to make more items to use, the tension rises because you need to make them quick before the Infected or maniacs get to you and kill you. That I feel is a brilliant game mechanic that gets the player more involved with the storyline and the scary situations Joel and Ellie get into! Nobody is going to convince my friend and I that the Last of Us has flaws; it’s beautiful man! Because of its success in 2013 for its amazing storyline, gameplay and visuals, it re-released last year on the PlayStation4 and was also announced that it would be made into a film! Although, there hasn’t been much news with details of the film in the last few months since its announcement; even the director and release date haven’t been announced but fans have been informed that it’s well underway!

The CCA was a good venue – the Children of Film talk went great, but was a wee bit stuffy, and the film would have been better without the distractions. The film itself was great; my friend and I were shocked that we hadn’t heard about it sooner! I wouldn’t say it was better than Gravity but it was still a great film. The portrayal of the scenes was brilliant in the handheld POV shots, the story was interesting, and that moment when everyone goes silent for the crying baby was beautiful. If you haven’t played the Last of Us (and I haven’t spoiled half of it for you), you should play it! Probably one of my favourite video games (besides Kingdom Hearts)! Well that’s me; hope you enjoyed my film/cinema/video game review. Till next time, pull my finger…