Yesterday I got my first glimpse of the short film, “The Present” created by Jacob Frey that everyone has been raving about, and I saw for myself how brilliant it is! So brilliant that when Walt Disney Animation Studios watched it, they immediately offered Jacob Frey a job in 2014 as a part of Disney’s talent development program.

“The Present” is a 4 minute short film based on comic strip (below) created by Fabio Coala where a boy received dog with only 3 legs. The boy realising this immediately tries to ignore the puppy, but through it’s persistence and resilience to play, the boy soon gives in and shows interest to the dog. When he decides to go and play with dog outside, we discover a touching similarity between the two; go ahead and watch the short yourself and see what you think. 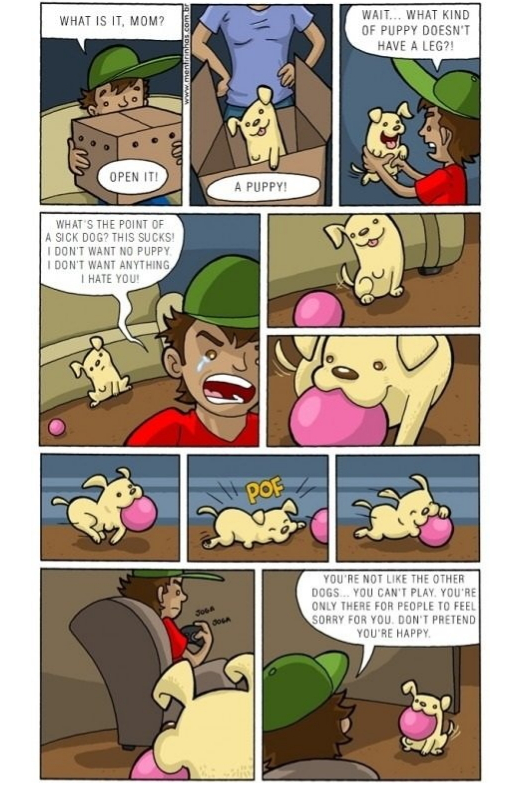 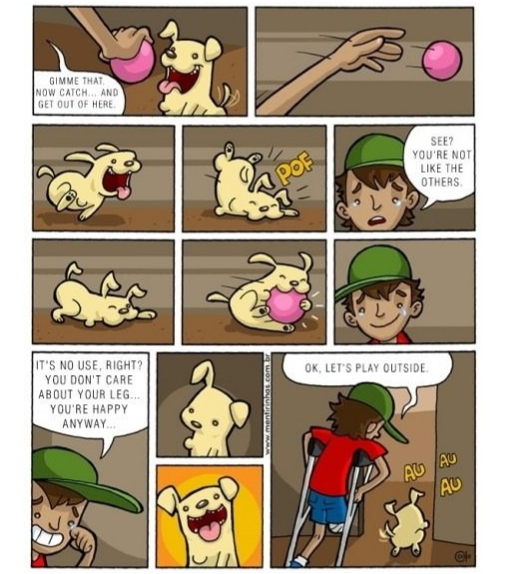 The film itself was a graduation short from the Institute of Animation, Visual Effects and Digital Postproduction at the Filmakademie Baden-Wuerttemberg in Ludwigsburg, Germany. The short received much, well-earned attention for it’s visuals, story and touching twist when it was shown with over 180 film festivals and won more than 50 awards! And as already said it got the attention of Walt Disney Animation Studios and got Jacob Frey a job with them! The animator recently took part in the production of the film “Zootopia,” and is now working on animation for the upcoming film “Moana,” but lets go back to the short that started it all! Below are some of the people involved in the creation, the short itself and some web links for you to look into!