Hello again! April has been a great time for films! Unfortunately I haven’t had time to review them all. I went to see The Kings of Summer & The Breakfast Club with ‘Film at the Old Bookies’ at WG13 which were great, and I also seen the new live-action Jungle Book which was amazing! It took all the best parts of the original classic and paid homage to it with it’s new retelling! The animation of the animals and environment was great and Bill Murray as always was brilliant! As much I would have liked to review these, I’ve been speaking about this particular film for a while so I felt, good or bad, it deserved a review; sorry it’s a wee bit late. Ordinarily I’d warn you about spoilers, but if you know the name of the film and have seen the trailers then it shouldn’t be a problem.

Well it’s the film I’ve been talking about since my first review (The Lego Movie): BATMAN V SUPERMAN: DAWN OF JUSTICE. It is about Batman versing Superman; and Wonder Woman is thrown in to make it the Dawn of Justice. The 2 heroes have a bit of beef with one another; Bruce Wayne doesn’t like Man of Steel so is proper raging, and Clark Kent wants to fight Batman because…because Lex Luther’s got his mum (not an I-am-your-father type of way). And we learn the moral lessons: never go to Gotham or Metropolis, and never go against the Avengers!

My friend Anthony and I were actually down in London to see Hans Zimmer LIVE and decided during our long weekend to see this film. And we weren’t lacking in cinema choices! We were originally going to one of the cinemas at Leicester Square, but decided we had to go to ‘Britain’s biggest cinema screen’; the BFI IMAX cinema (with Odeon) at Waterloo! It was brilliant! As well as the grandeur of the screen and IMAX quality sound, we also watched in 70mm film instead of digital. There was the odd time I was distracted by a stray hair or speck in it, but it was cool seeing it like that! The downside was the small fortune for the tickets; not including the snacks, which were a small fortune in themselves.

Now before I begin I feel I should remind you about the background of this film. This being another addition to the many superhero films to release in the last few years, understandably there is a lot of competition with many super-studios like Disney, Sony and 20th Century Fox. Warner Bros decided to delay the release date by 9 months after their original announcement saying that they wanted to make it the best it could be, so the pressure was on especially when going up against the MCU franchise and even it’s own Dark Knight trilogy (DKT).

…Ok, lets talk about the good points of the film first! Personally I thought Man of Steel was rubbish and the only reason I wanted to see BvS was for Batman. Ben Affleck was great (I’d even go as far to say he’s better than Christian Bale) and Alfred was good as well; but I felt everything else Batman themed were in the shadows (pardon the pun) of the DKT. The Batcave (don’t even think it was a cave), the batarangs, the Bat-mobile and the Bat; they all just seemed to lose their element of surprise after being modernised in the DKT. Sorry: good points, good points! It’s the same deal with Spider-man; everyone should know the origin story of Batman by now, but even though we’ve probably seen Martha and Thomas Wayne shot a million times, I still loved seeing it at the beginning of the BvS. It was one of the best bits, but I did think it was a bit strange that Bruce, with the aid of his trusty bats, floats out of the well. Now villain-wise, I was quite excited for Lex Luther being played by Jesse Eisenberg because the character behaved a lot like Jesse’s ‘Social Network’ character, which is great because Luther is always wanting to outsmart everyone especially Superman. …But I felt he was too annoying and took too much credit for some things. He planned most of it (the explosion, doomsday, scribbles to Batman), but some of it just seemed coincidental than planned. I know he wants to outsmart God, but why does he want Superman to kill Batman specifically? What’s his grief with Batman or does he believe that Batman WILL kill Superman or is it purely to make Superman do as he commands? A lot of it just seems silly which doesn’t help you connect or get a real sense of emotion with these characters.

Which brings me to the bad points of this film. Honestly; why are they fighting each other? They fling each other around ludicrously with excessive CGI for ages and then seem to settle their disputes almost immediately when they start talking about their mammies! And as I’ve already said, everything about the plot is revealed in the trailers and the title, so there is literally no surprise at all when they decide to team up. So again, why are they fighting each other, Warner Bros? What purpose, with the plot or our experience after seeing the trailers/title, do they need to fight each other? I didn’t feel sympathy or anything towards either character because I knew the outcome of the film. The biggest problem with the film was it was trying to be dark, but was just too serious. Why so serious? I’m not saying add gags left, right and center, but it wasn’t even dark enough to make you squirm with fear or disgust like the horror with Gotham (the TV show) or even with the DKT, and they are still humorous at parts! Superman is invincible – no matter what you do he’ll always come back as proved at the very end (this isn’t even a spoiler in my book!). And Batman is Batman – he’s not literally invincible but might as well be! So again why are they fighting each other!? They could have had a chance at succeeding if Warner Bros had just kept quiet about a few things. Wonder Woman for example; why show her or the other superheroes in the Justice League before seeing the film? We would have known about the Justice League anyway, but having our first glimpse of them in the film would have been a brilliant moment! Same argument goes to Marvel for showing Spider-man in the Civil War trailer! I have to admit though, the Flash and Aquaman reveal didn’t make me shiver with joy unlike the small hints of Spidey in Ant-man. The three heroes in this film are the best of the Justice League; so Warner Bros need to focus more on the villains, and they are doing so with the upcoming Suicide Squad which looks far more enjoyable than BvS. As much as I love Batman, he is overshadowed (pardon the pun) by the villains associated with him (Joker, Penguin, Scarecrow and many more) who are the best villains in superhero genre!

It really disappointed me that BvS didn’t even get close to the same popularity at Avengers Assemble, that I almost sorry for it. Maybe DC Comics were just too late introducing the Justice League, trying to catch up with MCU ever since, but that being said I would never give up the Dark Knight trilogy for more Justice League films. …Oh well. Went to the film with low expectations as everyone was saying it was rubbish. I still wanted to see it and judge it for myself, but it met my low expectations. One thing is for certain – Batman v Superman is going to be thrashed by Captain America: Civil War! 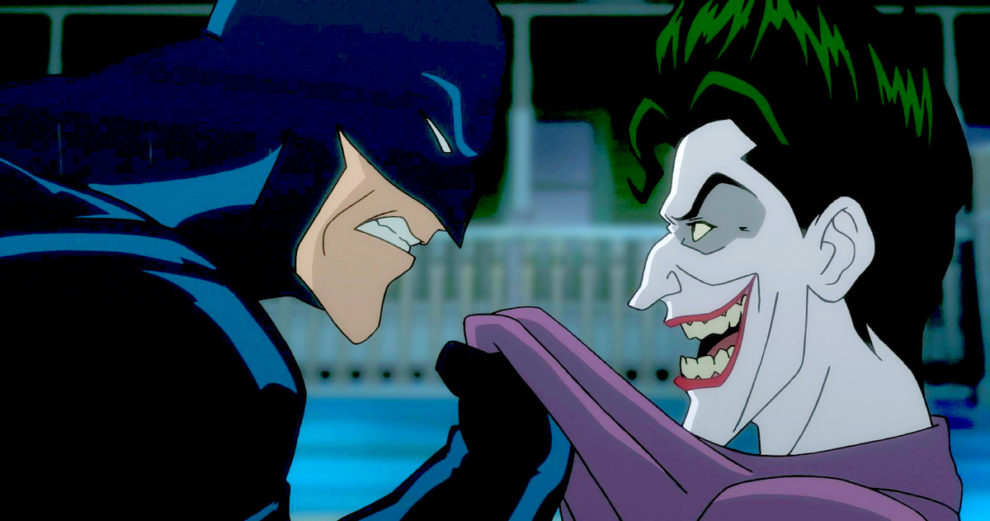 Apparently we’re not the only ones fed up with Batman vs. Superman. Hans Zimmer, the composer of this film, announced shortly after that he is finished composing for superhero films. He composed BvS, Man of Steel, the DKT and the Amazing Spider-man sequel, and he feels it’s harder now to create new ‘languages’ for superheroes. Apart from that there are few good films coming out soon from the DC Comics that I’m actually looking forward to. Gotham season 2 is currently on and I have loved it so much; definitely worth a watch! ‘The Killing Joke’ graphic novel is being turned into a animated featured film (15 rating probably here) releasing sometime this year; as well as being one of my favourite graphic novels, Mark Hamill and Kevin Conroy will be reprising their roles as Joker and Batman like they did in the Arkham video games! And the Joker will be appearing again this year with Jared Leto’s take on the character in Suicide Squad releasing on August 5th. If you liked the Lego Movie, you’ll like the upcoming sequel based mainly on lego Batman, set to release on February 10, 2017. We also have a solo film for Wonder Woman releasing in Summer 2017, and if you thought there was enough of Batman then think again! It was announced shortly after the release of BvS, that Ben Affleck will direct AND star in a solo Batman film, and that it is officially under development. I am excited for this and am sure it will be popular with the majority of people.

Well that’s it for another review. To sum up, the London BFI IMAX was brilliant and the best cinema I’ve been too, but would have been the better if a good film accompanied it. I’m glad I went in with low expectations because I would have been devastated otherwise; a lot of my friends are in trauma after seeing it on the opening night or first few days of its release. I was warned but they weren’t; …we lost some good guys. On that demeaning note I’ll finish by saying that my next review I’m doing should be a whopper! Can always trust Marvel to save the day!