Welcome to the review blog! Haven’t tried a blog before; haven’t thought of anything worth blogging about. Great word ‘blog’. This should be the start of a lasting blogging relationship. I will be taking the mick out of films frequently, so be prepared for spoilers if you haven’t seen the films yet! Get that? SPOILERS ALERT! 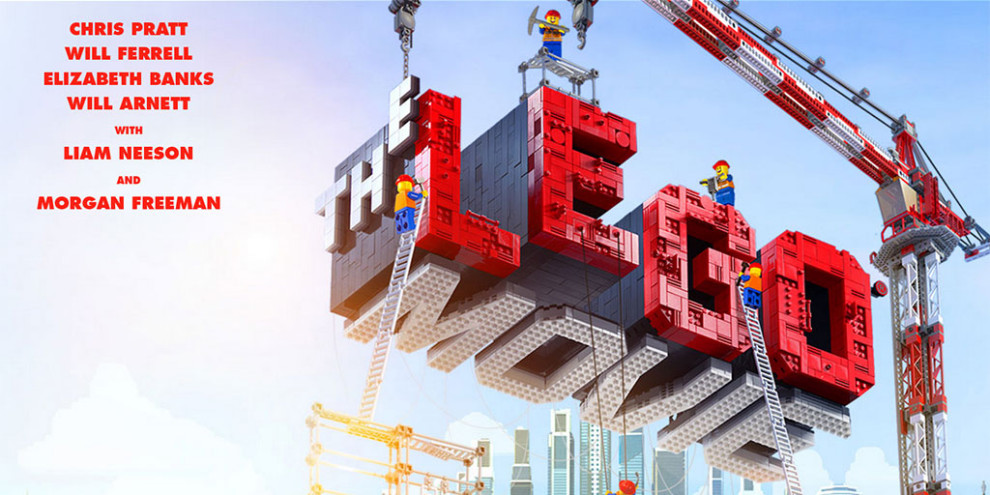 THE “Oh my G-O-S-H” LEGO MOVIE! Yes I know, I’m 20 years old and I went to see the Lego Movie, but COME ON! Who wouldn’t?! It looked awesome! This film is about a wee yellow man, Emmet, who lives a normal lego life, until he is mistaken as the “Master-builder”. Emmet and his friends have to stop Lord Business from gluing the lego universe together and overall, it teaches us the life long lesson that you shouldn’t be an obsessive follow-instructions adult lego geek, but to just let children play with the lego. LEGO, you should keep going with the movies since you’ve probably lost the majority of your OCDLEGO fans now. That’s like McDonalds saying you should eat healthy or Alan Sugar saying you shouldn’t watch “The Apprentice”. It’s true, but you don’t say it!

My friends and I went to see the film at the Kilmarnock Odeon and it seemed perfectly fine until we realised we were watching a kids film. Two of our friends did the right thing and went to the loo (the women) and we had to bear out Disney channel, Skylanders and ‘Escape from Planet Earth” adverts. HORRIBLE! And there was even a film quiz…for those electronic phone users…and it was so dumbed down for children…ugh! The seats at Odeon are rubbish; even the premier seats. Fact! We all know it! You can’t sit normally and you can’t spread your legs out because of people sitting next to you, so you have to resort to taking advantage of the gaps of the seats in front. Unless you are in the row of seats at the start of the stairs; you’re doomed then. Thanks Odeon!

Anyway: THE LEGO MOVIE. I got that extremely catchy tune in my head, I laughed all the way through it, and it’s just a fun filled film. But even although there were one or two funny surprises (Star Wars, the lego and real life Will Ferrell, and Emmet actually saving the day; shocker!), I feel a lot of the best parts were shown in the trailers. There are some films where the trailer is much better than film itself like Spiderman 3, Brave, Man of Steel, and for The Lego Movie it was close and would have been better if some of the main puns were taken out of the trailers. A big highlight of The Lego Movie is it’s involvement with DC Comics; it’s the closest thing to a Justice League film we’re getting right now, so I’m grateful. To be fair to them, I’m glad they’re not rushing into Batman vs. Superman now; and I firmly believe it’ll be the Avengers Assemble’s equal…well at least relatively close; Avengers Assemble was pretty awesome! But DC Comics…please do not involve Green Lantern; even Superman super-hates him.

When the film was released it was announced that there would be a sequel due to the popularity. I’m trying to think what the plot could possible be for this next film: The little sister swallowing Emmet? Emmet being abducted by Henry the hoover? Or Emmet turning out to be a rare lego figure and is stolen by a large man called Al? No matter what the plot could be; it can’t be as improbable as a plot for Taken 3. I mean seriously what will be taken this time!? First it was the innocent one, then it was the parents; bad cop will be next!

Ok just to sum up; when I first seen the trailer I was very excited to see the film. I thought there should have been more surprises, but it met the majority of my expectations. Everything WAS awesome! As for the Odeon, the film viewing was great, the sound was ok, the seats were rubbish (fact), and we bought our snacks from the local shop because Odeon’s a money vulture (fact number 2). My friend has often said to me that he never rates films because he heard that if you do it’s nearly always 7/10 stars, which is completely untrue!