Welcome back to my Movie Reviews! Already seeing the pressures of keeping this up. Hope you liked my last review; it’s fair to say that I’ve grown up since Lego Movie; approximately 2 months. Again I might accidently-on-purposely reveal some crucial plotlines during this review, so I suggest you see the film before you read this! Got it? Ok. 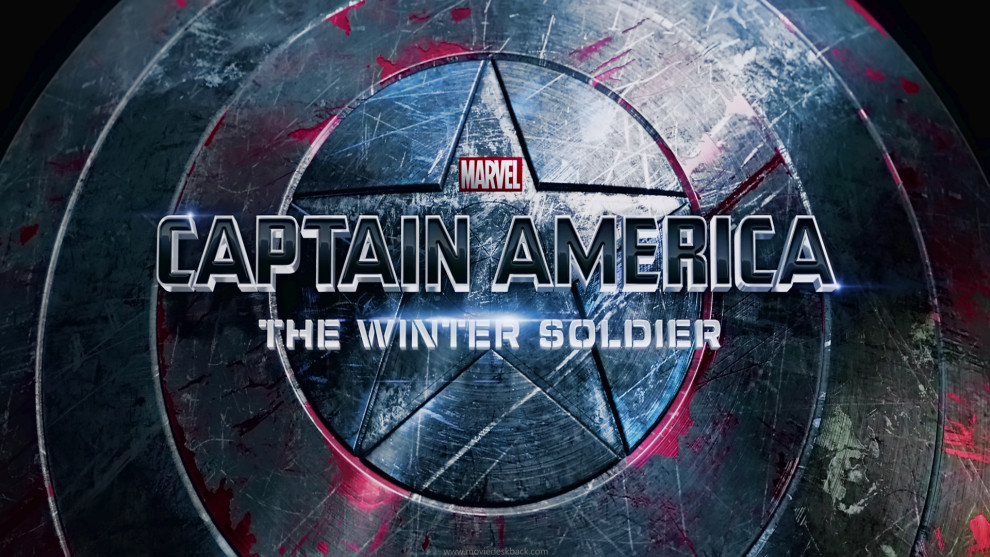 The extremely patriotic CAPTAIN AMERICA: THE WINTER SOLIDER! This sequel follows on from the Avengers film as Steve Rogers still tries to adapt to 21st Century. SHEILD has gone haywire, so Rogers assembles (!) with Black Widow and discover that members of SHEILD are involved with HYDRA (the infamous group of antagonists from the first film). Captain America and his secret team have to stop HYDRA and the Winter Solider before they kill millions of innocent civilians while teaching us the moral lesson that the future sucks; the past rocks.

The Kilmarnock Odeon was our cinema picking again so it was relatively the same experience as last time. Screening in good old-fashioned 2D; personally think 3D is only necessary for films like Gravity. Good adverts and 12-rated trailers, but typical of snacks; ended up gone before the film started! Regular packet of Skittles by the way. Sound was great as always at Kilmarnock but there was a poor kid choking the whole way though it and apparently was sick close to the end; luckily we were at the back and they were at the front so we didn’t get any whiffs. What a relief! And again, legs died on me with the amount of space with the seats. I don’t go to Cineworld often, but their seats are the best!

Oh! Even just the new Marvel logo sends a joyful shiver down your spine and tells you this film is going to be great! Before Thor 2 my original thoughts were that it going to be better than Captain America 2 because I felt the old style of “The First Avenger” was the best part. But I am so glad of the nostalgia in this sequel; like the history museum (clever way to give us a recap of the first story). Rogers reunited with Peggy; I waited for that moment in Avengers and I’m glad there is closure now, but will miss Agent Carter. The old computer system with the virtual Doctor Zola was visually brilliant and a good addition to the old characters involved. And of course the Winter Soldier himself (Bucky) who turned out to be an equally brilliant villain to Loki. I did think he would save Captain America at the end, but there was a part of me hoping that Steve didn’t drown and get transferred to 2084!

The one thing I don’t get with this film is Nick Fury and Captain America’s problem with trust. Both of them fought with Iron Man, the Hulk, Thor, and Hawkeye in Avengers and they didn’t think to get any of them apart from Black Widow!! Sure the title is Captain America and it’s his gig, but look at all the sidekicks he gets anyway! He’s got Falcon who was a complete stranger, but decides to trust him anyway. He’s got Black Widow who admits she cannot be trusted because she has so much ‘red’; YES, we know you’re real name is Scarlet. Get over it! And there’s Nick Fury who dies and comes back to life with the same explanation as always; drugs. At least with Sherlock’s death, Steven Moffat depicts different scenarios (which were awesome) and none of them involve any intake of drugs! But with Nick Fury, it just reminds us all that there is no actual definition of “Death” in the Marvel Universe; well Avengers anyway—everyone nice dies in Spiderman.

I think about an eighth of the cinema stayed for the famous post Marvel-film scene and we got a glimpse into one of the Avengers 2 villain called “Baron Wolfgang von Strucker” (quite a mouthful), Loki’s sceptre from the first Avengers film and the main highlight—the 2 new avengers—Quicksilver and Scarlet Witch! They are both in jail cells; Scarlet Witch is levitating some ABC blocks while Quicksilver is doing the only thing he can do in a small confined area—run into walls. Was expecting a Guardians of the Galaxy scene but it was pretty cool to see them. I think 2 hard-core Marvel fans stayed for the post-credit scene, which apparently showed Bucky in the history museum looking at the Captain America stuff, but can’t say much since we didn’t see. Obviously not true Marvel fans yet. Anyway the next Captain America film is to feature Bucky again as the villain, but still to see if there will be any involvement with him in the next Avengers film, but I doubt there will be much. There has been word though that Bucky could possibly be taking over for Captain America!

I’m close to the end, so that must mean: SUMMARY TIME! Cinema was good apart from pins and needles throughout and Choking Child (interesting name for a superhero). Before the film my expectations were low; when I seen the film, I was amazed at how good it was; Marvel kicked DC’s bottom again! There’s just no beating them! The story was great, special effects were beautiful, The Winter Soldier was a brilliant villain. So glad he’ll be coming back; think he’s definitely my favourite besides Loki. Anyway till next time; “God bless America.”